Get fresh music recommendations delivered to your inbox every Friday.
We've updated our Terms of Use. You can review the changes here.

from "Vampire Fish For Two​!​" by Doctor Gasp and the Eeks 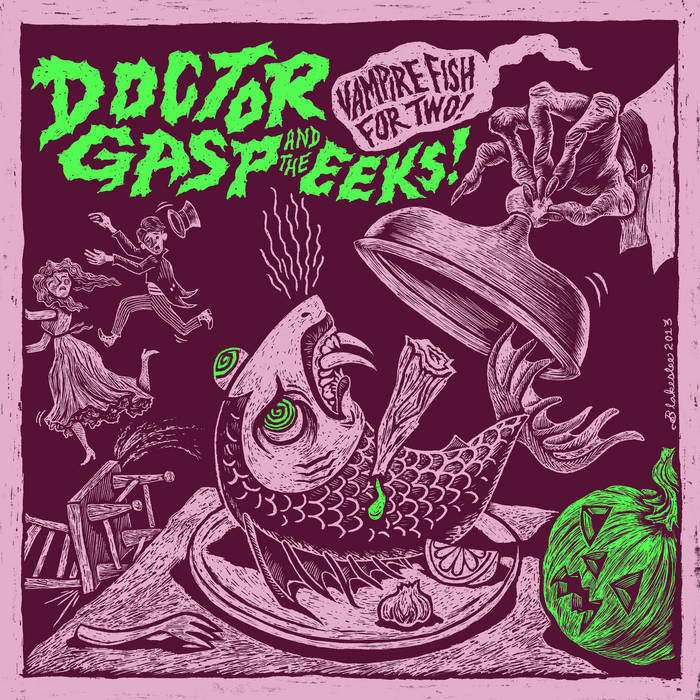 You may want to turn this one up a bit... RAWR!

In October of 2001 Dan Blakeslee wrote a song "Witchtrot Road" about a street of local legend in South Berwick, Maine. He presented this ghoulish tale a few days before Halloween and was asked about releasing it on vinyl. With a few more spooky morsels the collection was released in 2003. After 10 years a new album "Vampire Fish For Two!" has surfaced with his band Doctor Gasp & the Eeks! Rawr! ... more

Bandcamp Daily  your guide to the world of Bandcamp